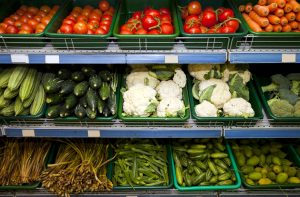 Variety of fresh vegetables on display in grocery store

Back in the Stone Age, our ancestors were already built like today’s humans. They were hunter-gatherers, subsisting on fruit, vegetables, and meat. Back then, our ancestors knew that grains such as wheat and potatoes were inedible in their raw state, and steered clear of them completely.

Here’s why — most grains have elements the scientific world calls “anti-nutrients.” These are the elements that prevent animals such as birds, herbivores, and humans form eating them. Doing so would trigger unsavory reactions in the body chemistry, making us sick.

But then our ancestors discovered agriculture. They learned that cooking grains negated most of the toxins, rendering them safe enough to eat. But while human civilization progressed undeniably since then, it has been found that as humans switched to a grain-based diet; they became shorter, frailer, and more prone to sickness and plague than ever before.

Research after research has shown that grains really don’t have a place in our diet. While it’s safe enough to enjoy a bowl of pasta or a slice of toast or a baked potato

every now and then, grains were never meant to form the foundation of our diet. As time passed we’ve grown more aware of the Do’s and Dont’s of our eating habits and revisited the diets our ancestors thrived on — organically-grown fruit, vegetables, and meat for a more healthy diet and lifestyle.